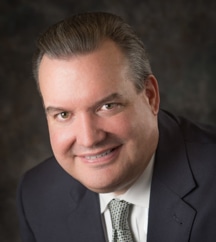 Wyatt joined CNS in 2021 as Chief Operating Officer. Wyatt has over 25 years of experience leading both Hospital and Medical Group operations in a variety of different settings. Most recently he served as Senior Administrator for Banner University Medical Center in Phoenix, AZ, where he oversaw operations for the employed multi-specialty faculty practice and led strategy, growth, and development for key service line Institutes. Prior to joining Banner, Wyatt served as Senior Vice President and Chief Ambulatory Officer for Maricopa Integrated Health System now known as Valleywise Health in Phoenix. Before moving into adult acute care, Wyatt worked for several years and held various leadership roles in the Pediatric Hospital industry. Notably he was COO for Le Bonheur Children’s Hospital in Memphis, TN, where he helped develop several service lines, a regional network of ambulatory clinics, improved ED operations, and oversaw construction of a $340M replacement hospital. Wyatt also served as SVP and COO for the Children’s Hospital in New Orleans and was an administrator at Texas Scottish Rite Hospital for Children in Dallas, TX. He is a native of Huntsville, AL and earned his B.S. and M.B.A. degrees from the University of Alabama at Birmingham. He and his wife, Beth, have two daughters.