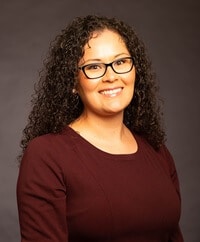 Marisela Aguayo earned her Bachelor of Science in Nursing from Grand Canyon University in Tucson, Arizona. She worked as a Registered Nurse for a year prior to entering Massachusetts College of Pharmacy & Health Sciences in New Hampshire, earning a Master of Science in Physician Assistant Studies. Ms. Aguayo began her PA career at the VA of Southern Arizona prior to joining Center for Neurosciences.

Ms. Aguayo is fluent in Spanish and runs half-marathons in her spare time. She has run a half-marathon in 13 different states! She joined the Center for Neurosciences in 2018 as a part of the Adult Neurology team under the supervision of Dr. Adam Reynolds.